We’ve finally got around to getting the 1.0 release of Grim Legions. There’s not a huge amount of change in this release, a few bug fixes, and a new tileset – Snow. Check out the screenshot below, or go play the game! 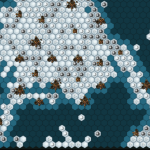 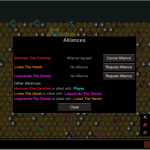 This adds a bit more to the game, and can make playing against the AI pretty tough.